Rate this post
Flagship Me mix series And Android One Me a series After launching in India Xiaomi has launched its new series. The new series is Redmi Y and this lineup will be known for selfie-centric smartphones. One of the earliest handsets in this series is the Xiaomi Redmi Y1. We spent some time with this device before it was officially launched. How did we like this phone at first glance? Let us tell.

Xiaomi Redmi Y1 The design of the Redmi series is clearly visible in the design. The front panel has a 5.5-inch HD display with Corning Gorilla Glass protection. Onscreen capacitive buttons are provided for navigation which are not backlit. Xiaomi Redmi Y1 has a 16-megapixel selfie camera which is equipped with a selfie flash. On the back side is a 13-megapixel rear camera with single LED flash. There is a fingerprint sensor in the middle of the rear. The fingerprint scanner was easy to access. This unlocked the phone quickly without any trouble. Company Popular Xiaomi Redmi 4 And Redmi Note 4 Like this phone is not a metal unibody. The back is plastic. Power and volume have got space on the right side and they are also made of plastic.

Micro-USB is at the bottom of the port call, and on either side speaker grill. The 3.5mm headphone socket, IR emitter and secondary microphone will be available at the top. We found that the texture of Redmi Y1 well. Despite weighing 153 grams, this phone does not feel stuck in the hands. SIM tray two nano SIM slot. MicroSD cards of different slot, it is a welcome step. Redmi Y1 is made available in Gold and Dark Gray colors.

Xiaomi Has used the Snapdragon 435 processor in the Redmi Y1. With this you have two options based on RAM and storage. Is a variant 3 GB of RAM and 32 GB of storage, which we got for review. The second variant is 4 GB of RAM and 64 GB Storage. Both variants will support up to 128 GB MicroSD card. 3000 mAh battery will work to revive the phone. Xiaomi has provided a 10 W charger with the phone. 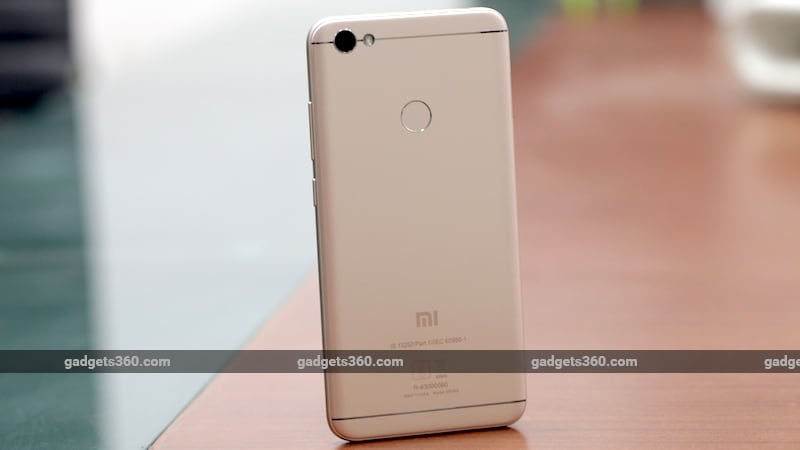 The phone runs on Xiaomi's custom MIUI 9 beta based on Android 7.1.1 Nougat. We found that the new user interface is easier to use. It appears that will continue to call you without any hassle.
We also used the selfie camera of the Redmi Y1 and found that the app interface is easy to use. The selfie camera Butifai mode before remains active. Please tell your Butifai mode is also effective to some extent.

Ace appears that Xiaomi wants to capitalize on the craze Selfi by its Redmi Y1. Effective Selfi camera capable processor and most circumstances call. If you are looking for a good selfie phone in the budget price, then consider Xiaomi Redmi Y1 as a contender. We will soon come up with a detailed review of this phone.