Rate this post
You utopia Was given the title of 'Earth's most powerful phone'. This is a big claim for any company, especially when it has entered from this handset in the high-end device segment. Rahul Sharma, CEO of U Televentures, is quite confident that the company did not miss the opportunity to target brands like Apple and Samsung in the teaser before the handset's release.

Far from rhetoric, it is clear that Yu is eyeing Chinese smartphone makers OnePlus, Xiaomi, Gionee and Oppo, who have been offering “flagship handsets” in the Indian market for a long time at an affordable price. U is an attempt by the company to introduce the perfect smartphone through Utopia, along with this it has been taken care that it is within the reach of the user's pocket. 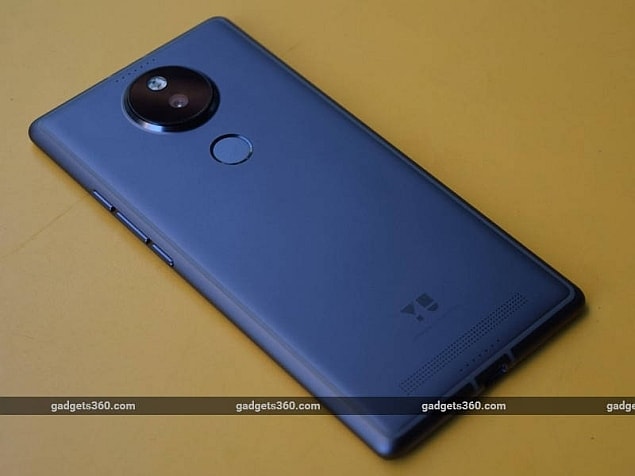 The effort of U Televentures is in the right direction. Has the company succeeded in achieving anything from this? Does Utopia's performance justify the company's claims? Let's know.

Look and design
Aluminum and magnesium chassis are one of the important features of this handset. It gives the feeling of being premium. The phone is slim, but not so light as to feel like holding a toy in your hands. The phone slips in the hands due to the set texture. We wish that u would have given a bumper case with the handset.

The primary SIM tray and secondary hybrid tray are present in the same flap on the left side. On the right side are the volume and power buttons, which are sturdy and easily accessible. The headphone socket and microUSB 2.0 port are present at the top and bottom respectively.

There is a circular dial at the rear which includes a 21 megapixel camera and dual-tone LED flash unit. There are fingerprint sensors under the rear camera and speaker grille at the bottom. As expected, the glass cover of the camera is not scratch free and after two days of use, we saw marks on it. This is another important reason to buy a handset cover.

The front has a 5.2-inch Quad HD IPS display with Corning glass protection on Corning. Color reproduction and viewing angles are good. There is no problem in reading on the handset even in sunlight. However, for this you have to adopt some software tricks. Touch responses can annoy you many times, we have had this problem many times during the review. This problem does not happen again and again, but you will be disturbed in between. The notification LED is at the bottom. 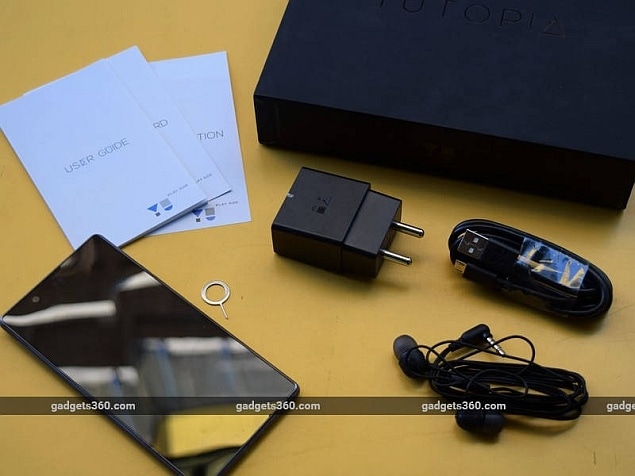 With U Utopia you will get transfer cable, charger supporting Qualcomm Quick Charge 2.0, Little Bird in-year headset and instruction manual. The accessory quality is good and gives the feeling of long lasting. Overall, U Utopia is a good looking phone that is designed in such a way that the user does not have any problem in using it with one hand. Scratch protection for the camera bump would have been better.

Specification and software
In terms of specification, U Televents has tried its best. You will get the best Snapdragon 810 chipset, 4 GB of RAM and 32 GB of inbuilt storage. Storage can be extended up to 128 GB with a microSD card. Other features include dual-band Wi-Fi B / G / N / AC, Bluetooth 4.1, GPS, USB OTG and FM radio. NFC is not present and wireless charging is also not provided. Apart from other standard sensors, Utopia also has a barometer sensor. The handset has a 3000 mAh battery that supports fast charging. You will run Utopia Cyanogen OS 12.1 which is based on Google's Android Lollipop 5.1.1. It will also get an update based on Marshmallow soon. The page freezes several times in the first boot after the default. So we would suggest you to switch to another page. U theme given by Cyanogen is much better, it reflects Wi-Fi and cellular status correctly.

In U Utopia, the company introduced its new software service Around You, with the help of this you will be able to do many things on the same platform, such as booking cabs and booking hotels.

Apart from this, the YouNiverse app has also been given. This is Oprah Turbo's customization for Utopia. Cyanogen has done a great job in audio. The AudioFX app gives you the option to choose different profiles for speakers and headsets. Apart from this, you also get the DTS sound feature. The stock music player is integrated with the song music streaming app. And the results are excellent.

Performance
After removing the default theme, U Utopia gives predictable performance. The performance of the app is good and multitasking is also easy. On average, you will always have 2 GB RAM left for the app. The Snapdragon 810 chipset heats up only after performing small tasks. The handset heats up a lot around the rear camera, especially while playing games and shooting videos. Sadly, there is no cure for this disease, when the deficiency is only in the chipset. Call quality is good and 4G connectivity is present on both SIM slots.

You can store five fingerprints and use them to unlock the phone. It can also be used to take selfies in the camera app. The sensor is not very accurate, sometimes it will misunderstand your fingerprint. Many times it will not even register the fingerprint. It appears to be working with its brain. The handset gave good results in the benchmark test.

The House of Marley's Little Bird headset is another great accessory that comes with Utopia. We did not like the video player app very much. The rear speaker is not very powerful and weak when used outdoors.

The 21-megapixel rear camera is capable of taking close up and landscape shots with detail, although there should also be suitable lighting. You can choose different shooting modes by swiping up or down. You will be able to access flash, front camera, white balance and shooting mode easily. 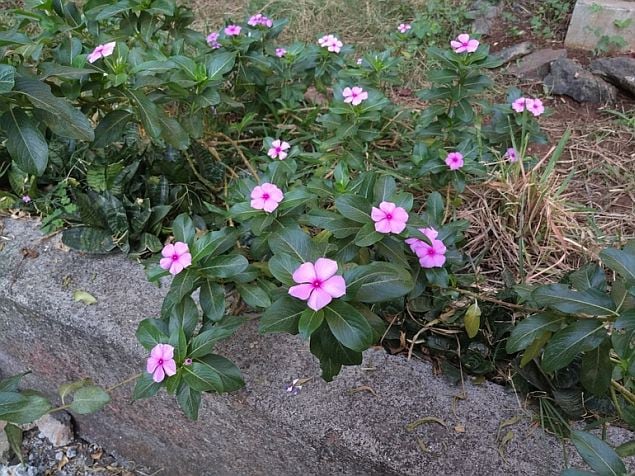 The camera does not focus fast and tends to be slow in low light. HDR mode did not work well. In this mode the photos came from blurred and unnatural.

Optical image stabilization will help in taking smooth videos. The surprising thing is that its 8 megapixel front camera works well. Photos taken with this camera come with details. 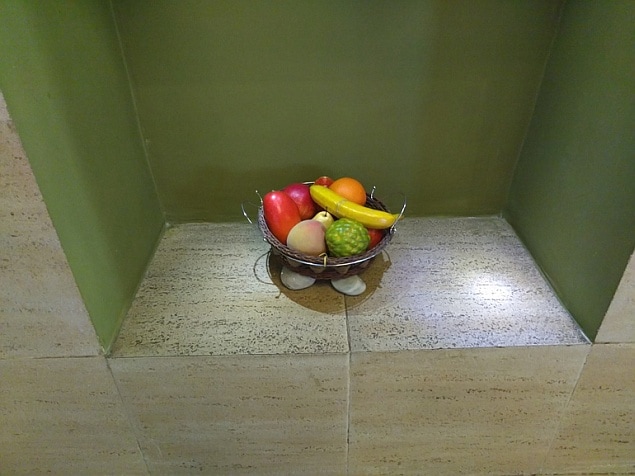 The 3000 mAh battery lasted 8 hours and 57 minutes in our video loop test. It would not be called bad, but it could have been better. In normal use, the phone battery will last an average of 18-20. The good thing is that they support Quick Charge 2.0.

Our decision
It would not be wrong to call U Utopia a good premium effort from U Televentures. But it is not as powerful as the company claimed. Just by fitting the top end specification into a fixed budget device does not become a great product. U utopia also has many specialties. Excellent 2K display, great build, attractive finish, quick charging, great multimedia and service and good quality accessory, all with utopia. 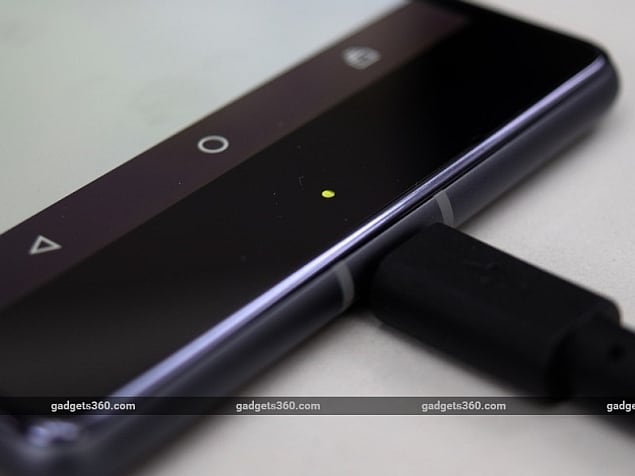 However, there is still room for improvement in many departments. It is expected that these shortcomings will be resolved in the next version. The fingerprint sensor present in this handset sometimes works or never. Battery life could have been better. The performance of the camera is not as expected and the heating of the handset is not new due to the 810 chipset. We would like NFC and wireless charging feature in the next version.

OnePlus 2 is a better option for Rs 25,000. If you want a device with higher resolution then LG G3 is still a great option at this price.