Rate this post
Realme has launched its new 7 Series, in which the company currently Realme 7 And Realme 7 Pro Is included. Today is going to be a test of Realme 7 in our review, which is current Realme 6 (Review) Is an upgrade of the smartphone. Today we will not only see whether Realme 7 gives us good value according to its price or not, but we also have to see how different it is compared to Realme 6. We should not forget that Realme launched in March and according to that time the phone brought some features in its segment that were commendable, such as the Whole-Punch display and 90Hz refresh rate panel. Now it has to be seen how different Realme 7 launched with these features makes the sub-15,000 segment stand out. Let us see the answer to all these questions.

Realme 7 has a mirror-split design, which creates interesting patterns when light falls. We had the phone's mist blue color option, but the phone also comes in white. Overall, the Realme 7 seems different from the back compared to the previous model, which the company desperately needed, as the rest of the phones did not undergo much change.

In the rest of the design, Realme 7 is very similar to Realme 6. Fingerprint sensor, SIM tray and all ports are provided on both phones. The Reality 7 is actually thicker (9.4mm) and heavier (196.5g) than the 6. The credit goes to its large battery. One-handed texting or photography is not as easy due to the extra weight.

Realme 7 feels strong. It still comes with plastic in the frame and back panel. The SIM tray has three slots for two nano-SIMs and a microSD card. It comes with a 6.5-inch full-HD + LCD panel, with Gorilla Glass 3 protection for hole-punch cutouts and scratch protection. Like Realme 6, it offers a 90 Hz refresh rate. The display can be very bright and colors appear well saturated. We noticed that when the light is in the background, off-axis vining appears in the edges of the screen, but it is not an attention-grabbing problem.

Overall, Realme 7 seems solidly built for a budget phone. However we are not very happy about the increase in weight, which definitely makes one feel heavy in everyday use.

Realme 7 is the first phone to come with MediaTek Helio G95 processor. This is an updated version of the Helio G90T, which was seen in Realme 6, but is not a major upgrade. The only change is that the clock speed of the included Mali-G76 GPU has been increased from 800Mhz to 900MHz. The rest of the specifications of the chipset look similar. It is still a 12nm octa-core chip.

The performance of the phone is good. Reality 7 runs on Realme UI based on Android 10. It recognizes faces quickly and accurately and its side-mounted fingerprint sensor is also fast. The interface is easy, which feels fast when there is 8 GB of RAM. Apps usually load faster and scroll through menus for a smooth 90Hz refresh rate and feel smooth. Features such as live wallpaper and smart sidebar, built-in screen recorder and many gestures and shortcuts are good add-ons.

Realme 7 is also good at gaming. Battle Prime looked great in most high graphics settings and the gameplay was smooth. Racing games like CarX Drift Racing 2 also give a good experience. The Game Space app helps organize all your games in one place and gives you easy access to things like screen recording and WhatsApp messages while playing.

Reality 7 has a 5,000mAh battery, which is much larger than the 4,300mAh capacity of Reality 6. Even in normal to heavy use I easily got a full day and a half of backup on one charge. Realme 7 lasted a little over 24 hours in our HD video battery loop test, which is excellent performance.

Realme 7 30 W Dart Charge comes with fast charging support, which charges it from zero to 100 in about 65 minutes. If the Reality charger you have does not work, you can also use fast charging with 15 Watt USB-C power delivery.

The third major change in Reality 7 compared to Realme 6 is the primary rear camera. It still has 64 megapixel resolution, but Realme has Sony IMX682 sensor instead of Samsung GW1 sensor. Realme also says that the company is using a new “Ultra High Definition” algorithm for 64 megapixels, which will give better clarity and detail compared to sensors on Realme 6. –

Here is a comparison of the cameras of Realme 7 and Realme 6, which will give you a clear idea how much the camera setup has changed. If we zoom into a part of the buildings, we see that Realme 6 took a clearer picture with less grain (grains), but the textures were quite smooth. Reality 7 takes better texture, but some grains are found in the photo.

However, when shooting in default photo mode, there is noticeable improvement in the pixel-bound image captured by Realme 7. It comes with better dynamic range and exposure, with better information than Realme. Low light photos look very clear. Shots captured using Night Mode look good. Overall, the new sensor is slightly better than the old one and is not bad.

Reality 7 also works well with close-ups. The detail and color came out very well and autofocus works well. However, the rest of the camera is much the same as we have already seen on Realme 6. You will get largely the same experience in both phones. 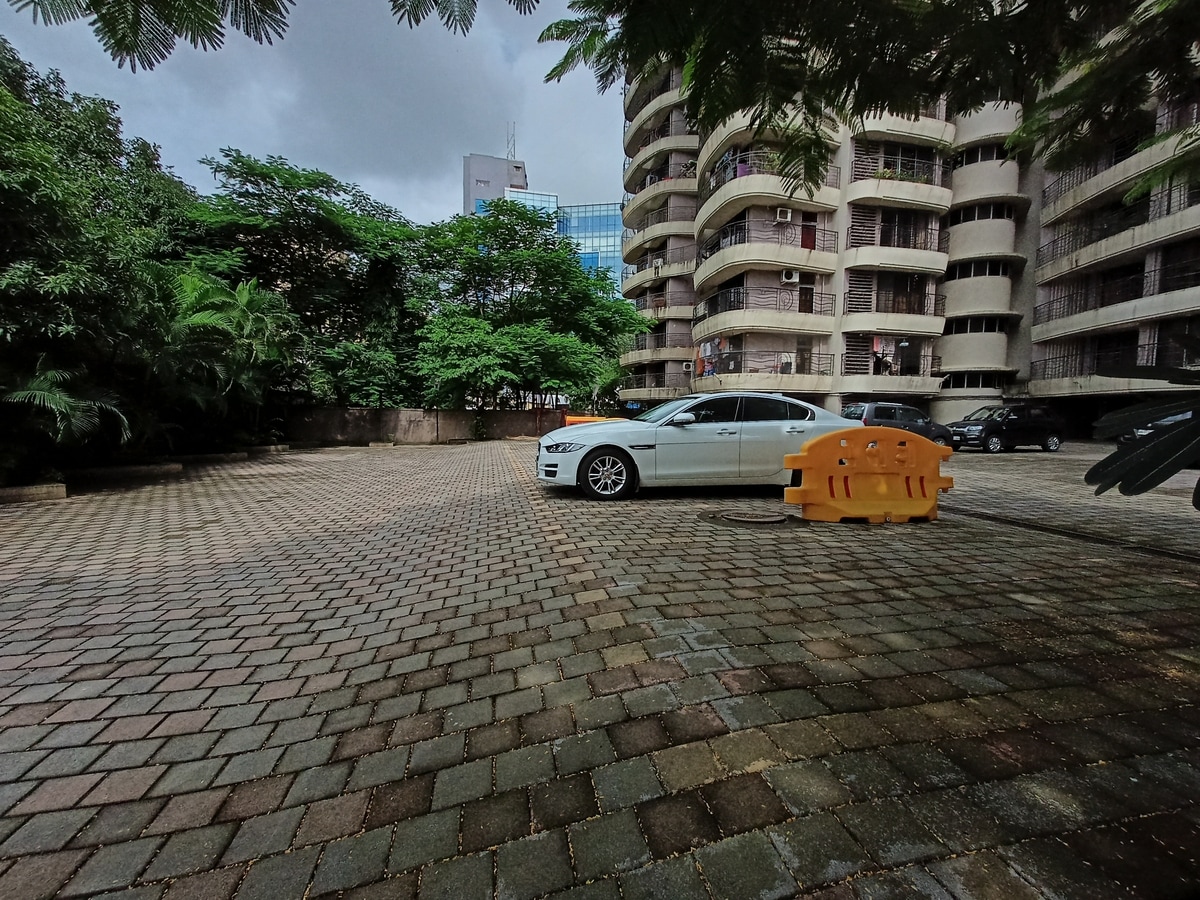 The ultra wide-angle camera captures a larger area, but the detail and color appear weaker compared to the primary camera sensor. This problem is more visible after cropping the photo. Portrait shots generally looked good and you get the option to adjust background blur before shooting. The 2-megapixel macro camera is not special and even pictures taken in good light look quite poor.

We found that the 16-megapixel selfie camera is fine. The selfie taken during the day looks decent, but we would have liked it if HDR would have worked better. Portrait mode is useful because it crops the background correctly. You can get a usable selfie in the evening or night, provided there is good light all around. Night mode is available, but in our experience the selfie sharpness is visible.

Realme 7 does not bring any major upgrades over the current Realme 6, but it is sufficiently slightly better with its larger battery and better primary camera sensor. Overall performance is very good, battery life is tremendous and the performance of the 90Hz panel makes normal usage easy and smooth. Reality 7 looks great, but it is heavier and thicker than Reality 6, and video recording in general can have better quality. At a starting price of Rs 14,999, it gives good value.

We feel that Realme 6 users do not have to worry about the upgrade, as they will not feel much difference in Realme 7 as compared to their existing smartphone. Although the base variant of Reality 7 is a good pick for those who want a high refresh rate screen, but their budget is tight.

We use cookies on our website to give you the most relevant experience by remembering your preferences and repeat visits. By clicking “Accept”, you consent to the use of ALL the cookies.
Cookie settingsACCEPT
Manage consent

This website uses cookies to improve your experience while you navigate through the website. Out of these, the cookies that are categorized as necessary are stored on your browser as they are essential for the working of basic functionalities of the website. We also use third-party cookies that help us analyze and understand how you use this website. These cookies will be stored in your browser only with your consent. You also have the option to opt-out of these cookies. But opting out of some of these cookies may affect your browsing experience.
Necessary Always Enabled

Performance cookies are used to understand and analyze the key performance indexes of the website which helps in delivering a better user experience for the visitors.

Analytical cookies are used to understand how visitors interact with the website. These cookies help provide information on metrics the number of visitors, bounce rate, traffic source, etc.

Advertisement cookies are used to provide visitors with relevant ads and marketing campaigns. These cookies track visitors across websites and collect information to provide customized ads.

Other uncategorized cookies are those that are being analyzed and have not been classified into a category as yet.