Rate this post
Google's Nexus smartphone has been recognized as the best Android device. After initial success, Google planned to introduce high-end devices last year. The Nexus 6 was by far the largest and most expensive Nexus device, but it didn't appeal to the user much.

Google has two models this year Nexus 5x And Nexus 6p Have introduced. In this way, the company has introduced a metal body device on one side and a device with a great performance focused on the main market. Through these two handsets, Google is also trying to show how devices running Android 6.0 (Marshmallow) should be.

We LG Google Nexus 5X Reviewing, which is slightly cheaper. Will this handset be able to make a distinct identity like the old smartphone of its family? Let's know. 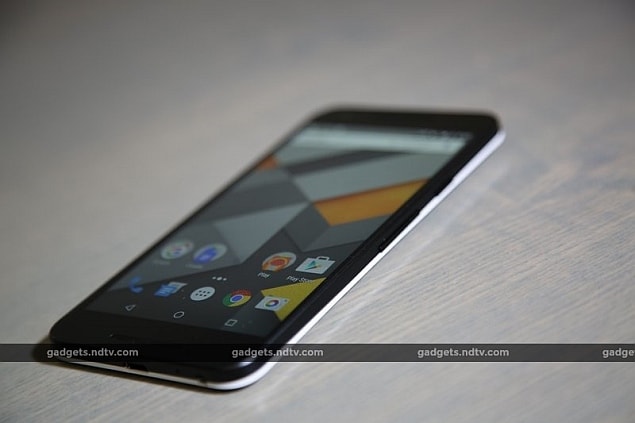 Look and design
Nexus 5X has been developed keeping in mind the utility. The speaker grille on its front panel is similar to Motorola's Moto X series smartphone.

Holding this device with a 5.2-inch display for a long time is not that easy. The power button is on the right. The volume rocker is located just below it.

On the left side there is a tray of single Nano SIM. There is no option for other SIM and micro SD cards. We faced a problem with the SIM tray. This was not fitting easily and many times it came out itself. The 3.5mm socket is at the bottom. The most interesting is the presence of USB Type-C port. 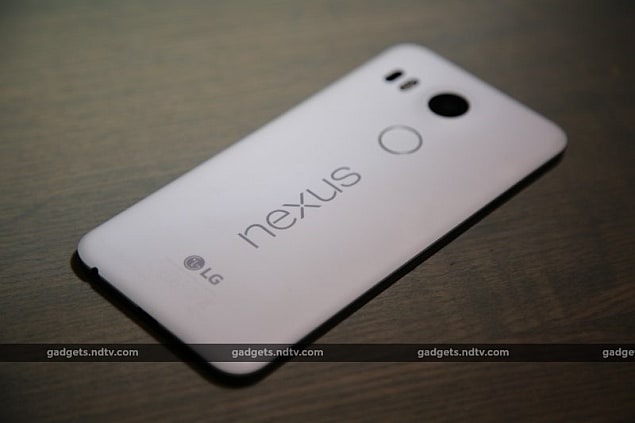 Overall, we are not very satisfied with the Nexus 5X's design. Surrounding the camera was more than we liked. Many times we inadvertently touched the camera lens while touching the fingerprint sensor. By the way, this problem will go away on using the device continuously.

Specification
This handset is equipped with Qualcomm Snapdragon 808 processor and is integrated for graphics Adreno 418 graphics. The device also has 2 GB of RAM. You will have the option of 16 GB or 32 GB storage at the time of purchasing the handset. It does not have support for microSD card.

The screen is 5.2 inches, it is not very big. Its resolution is 1080×1920 pixels with a pixel density of 423 PPI. The screen looks very crisp and clean. It has a 2700 mAh battery. It is equipped with Wi-Fi AC, Bluetooth 4.2, NFC and Category 6 LTE feature. You will get a 12.3 megapixel rear camera with dual-LED flash. With the Nexus 5X primary camera, you will be able to record videos of 4K resolution. Many people will be disappointed that the Nexus 5X does not have wireless charging.

Software
The biggest feature of the Nexus device is the experience of Google's Pure Android. The latest Nexus handsets are equipped with Android 6.0 Marshmallow. Initially you will find that the new operating system is not very different from the Lollipop version, but as you do more research, the difference will start to appear. Now you will be able to scroll vertically in the app drawer. It will appear in the single list. 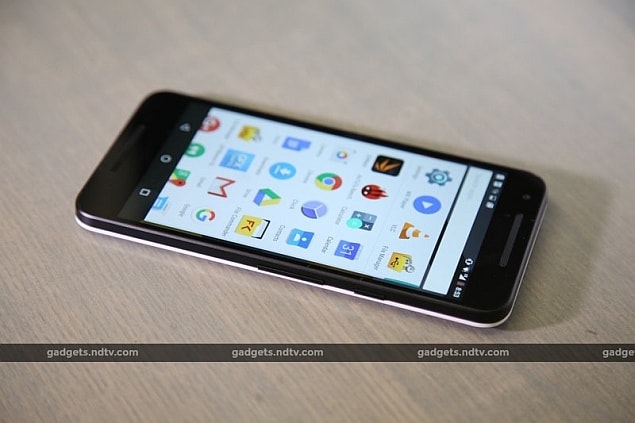 Google Now has become more powerful than before. If you hold the home button for a long time for your action on the screen, you will get results in relation to it. Now you can search from your home screen. You will see results related to apps, chrome history, contacts and media. The four apps that you use repeatedly will appear in the top list.

The OK Google Voice command is always active in the phone. It worked easily for us even in the noisy atmosphere. This time Google has revolutionized the app permissions.

Nexus 5X is equipped with ambient display in Google's tongue. With this help, notifications will appear on the screen and not much power will be used. As soon as you lift the phone in your hands, it will automatically realize it and the screen will go into monochrome mode. However, we encountered problems in this function during use.

Setting up the fingerprint is very easy and if you touch the sensor in any angle it will recognize your fingerprint.

Marshmallow comes with a new dose mode, which is claimed to improve the battery life of the device. This feature will automatically send the device to the low power state whenever your phone is not in active mode. During this time many apps will not be able to work in the background.

However, it also has some drawbacks. Now you will not know the battery percentage easily. The notification light is also off several times. For this, you will have to change the settings.

The camera
The camera app has been better than the previous version. However, you will not immediately understand how to switch between modes. 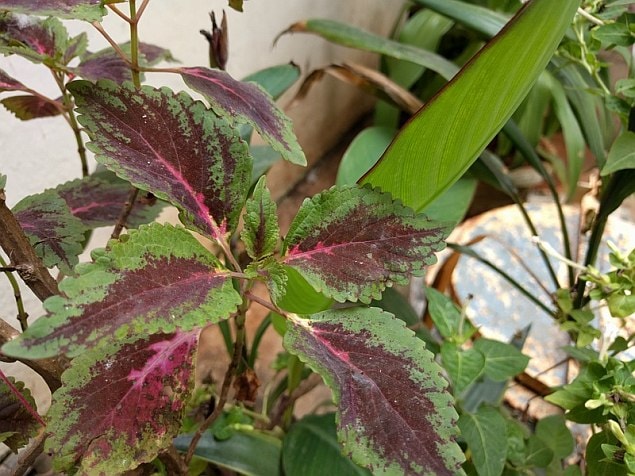 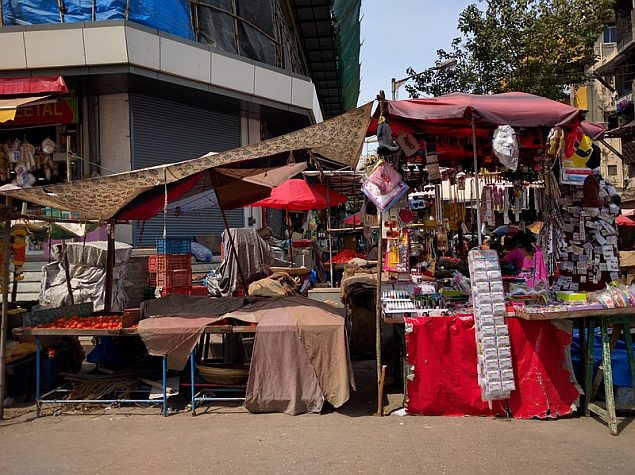 The Nexus 5X performed well in terms of taking photos. The textures were quite detailed, the lack of compression very less visible. In daylight we managed to take some great close shots. Colors was vibrant and the exposure was generally very correct. The camera also managed to take good pictures at night. However, this was not possible when the subject was completely under shadow. After reviewing the photo in the actual size, the noise started appearing, the focus also got messed up many times. The front camera will prove useful for video chatting.

Performance
The Nexus 5X made us feel beautiful most of the time. Researching the operating system with such hardware never slows down the handset. 2 GB of RAM is suitable. We reviewed the device with 32 GB storage, out of which only 24.9 GB are available for the user. That is, in the 16 GB model, the user will not want to install too heavy apps. 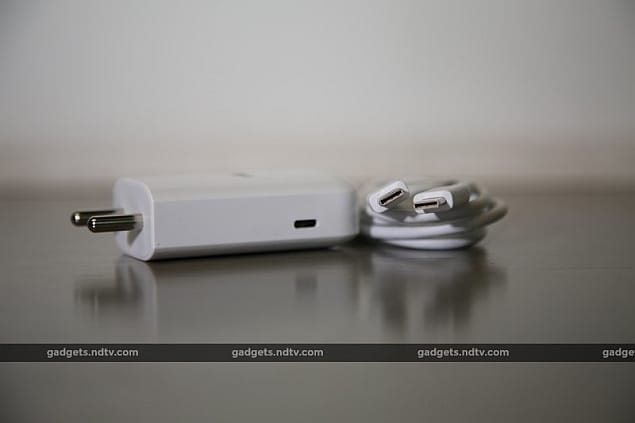 It was pleasant to use the screen in all circumstances. It becomes bright and dim according to the circumstances that we liked. All our sample videos play smoothly on the Nexus 5X. The sound was coming from the front speaker of the phone.

We also did not have to face the problem of phone heating. After playing the game for 20 consecutive minutes, it did get a little hot, but there was nothing to worry about. Connectivity to LTE network was also good and we have no complaints about the voice quality.

In the video loop battery test, the phone ran for 9 hours 30 minutes. These results are good, not spectacular at all.

Our decision
Google's Nexus phone is appreciated by most people. The new Nexus 5X is especially important for those who were disappointed by the size and price of the Nexus 6. Users who are looking to upgrade from Nexus 4 or 5 will be happy with the Nexus 5X. 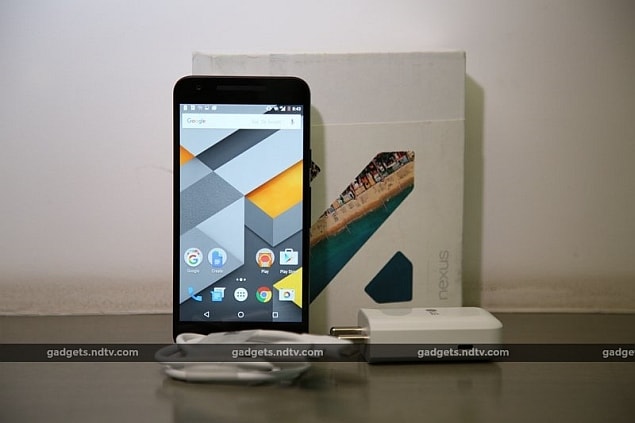 Even with Marshmallow, the pure Android experience remains intact. It is more polished than before. This time Google has also tried to overcome complaints of poor camera quality. On the other hand, it does not have support for microSD card.

The Nexus 5X is a great phone, but spending Rs 31,900 for 16 GB and Rs 35,900 for 32 GB will not be appropriate for many users. The reality of the Android market is that in today's market, many devices with similar features and specifications are available at a lower price. If you have no complaints about the price, then you have the option of a great device like Samsung Galaxy S6.