Rate this post
Like every country, there is no dearth of selfie lovers in India. Smartphone maker companies do not want to miss the opportunity to capitalize on this diva. By the way, many people say that selfie should be banned. But it is also well known that companies in the technology sector are offering selfie related products and accessories every day. recently Asus Zephon Selfie Was introduced to We Review During this, I found this handset good. Now Micromax has introduced the second generation Canvas Selfie 2 of its canvas selfie handset. Rs 5,999 Micromax Canvas Selfie 2 The 'most affordable selfie smartphone' available in the market is, but how is its performance? Let's know. 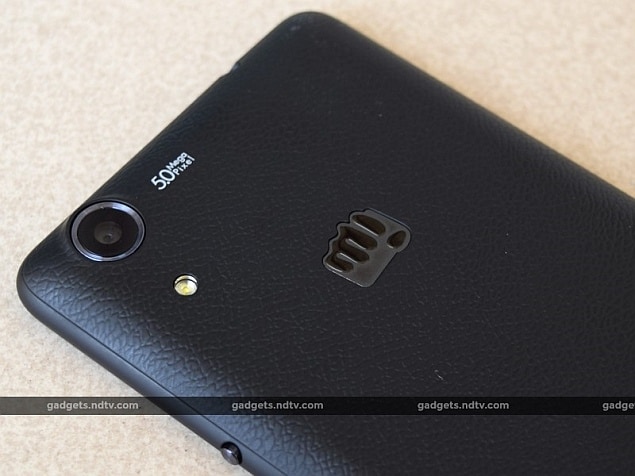 The build quality of the Canvas Selfie 2 is quite good and the plastic used in it does not look cheap. Micromax has used its U series design in this handset. The handset has a 5-inch HD IPS display. The selfie camera has a 5 megapixel sensor and it is present in the center above the display.

Capacitive buttons are provided for navigation which are backlit. The power button and volume rocker are on the right side. Micro-USB port and headphone socket are present at the bottom. Its primary camera is also 5 megapixels. Perhaps the company has adopted this strategy to price the handset.

The handset has a removable battery of 2000 mAh. The back has two 3G SIM slots and a microSD card slot.

The Canvas Selfie 2 smartphone has a thickness of 9 millimeters and is quite light. There is nothing spectacular in the look of the phone, but given the price, its build quality is quite good. We wondered why the company did not provide LED flash with selfie camera.

Specification and software
The smartphone has a 1.3 GHz quad-core MediaTek MT6582M chipset with 1 GB of RAM. Its inbuilt storage is 8 GB, out of which 4.74 GB are available for the user. The handset does not support 4G, but you will find 3G support in both SIM slots. The Canvas Selfie 2 comes with Android 5.0 Lollipop. The company has also provided several third-party apps with it, which has a question mark on its usefulness. You will also get the option to switch to Hindi language. Most third-party apps present in the handset can be uninstalled.

Performance
Even if the device has 1 GB of RAM, the performance of the Canvas Selfie 2 cannot be called weak. However, heavy games such as Dead Trigger 2 and many apps take time to load. Overall the lollipop runs smoothly. Despite watching videos for a long time, the phone or its display is not very hot. 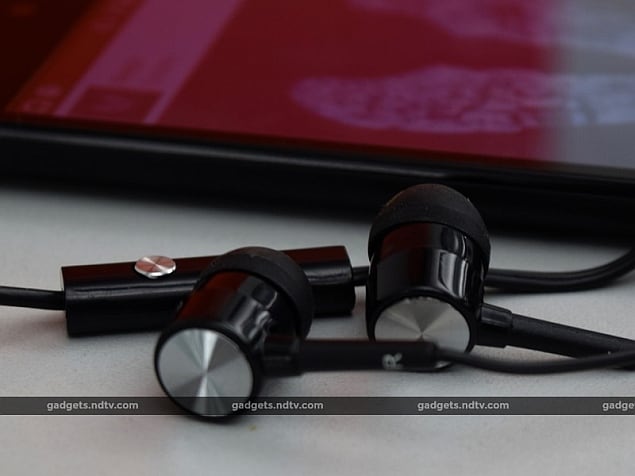 The touch response to the display and capacitive buttons is not great. We found that many times the handset was not responding properly to OneTouch input. The viewing angle of the screen is decent, but its brightness level is quite low. For this reason it was not easy to use the handset in sunlight. However, color reproduction is satisfactory.

We also did not have network problems. The handset worked well on 3G networks. Call quality was good. The mono speaker present in the handset provided the appropriate sound. 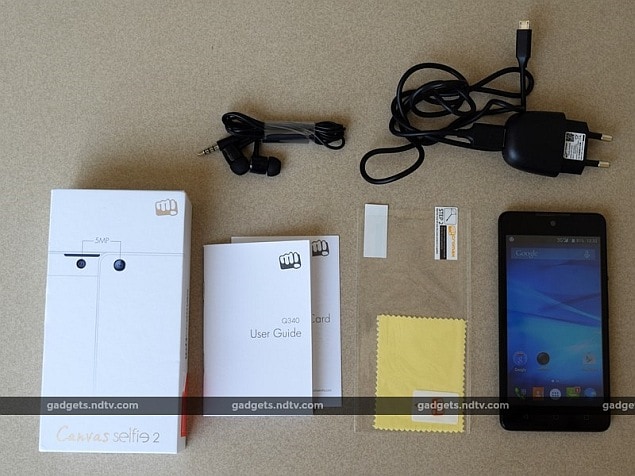 Canvas Selfie 2 played our full-HD video easily. The headset that comes with the handset was comfortable to use, but its audio quality is not very good. We would suggest you to buy a new headset.

The performance of the front camera of the canvas selfie cannot be said to be satisfactory at all. We believe that Micromax could have done more on the selfie feature of this device. The 5 megapixel front camera does not have autofocus and flash is also not provided. For these reasons it becomes extremely difficult to use in low light. However, the camera's performance is good under suitable lighting conditions. 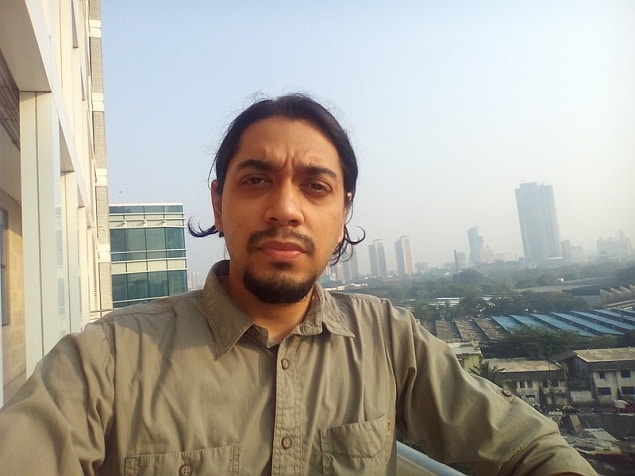 The rear camera also comes with a 5 megapixel sensor, but it has autofocus. With this you will get modes like Night and Live Photos. You can also use HDR mode. The interface of the camera is very basic and it is also very easy to use. 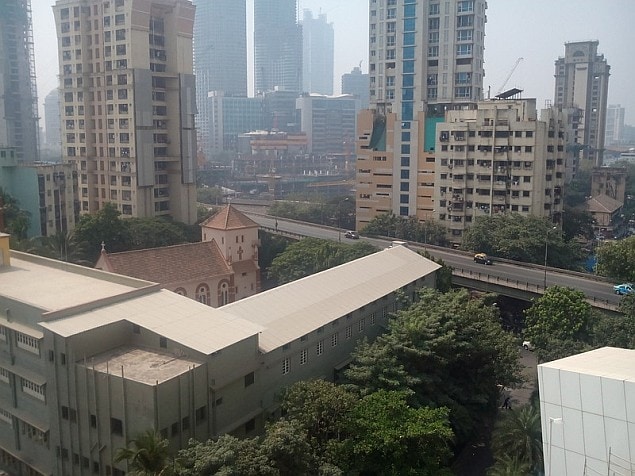 The battery capacity of 2000 mAh seems to be a bit less in terms of figures, but due to the low resolution display it will easily last a day. In our video loop test, the phone lasted for 9 hours 7 minutes before it was completely switched off.

Our decision
The Micromax Canvas Selfie is not the worst option in the price range of Rs 6,000. We believe that the company could have done a better job with the handset's selfie camera, especially when trying to sell it in the name of selfie. According to us, a selfie handset must have autofocus sensor and flash. Without these features, the handset becomes like any other entry-level smartphone. 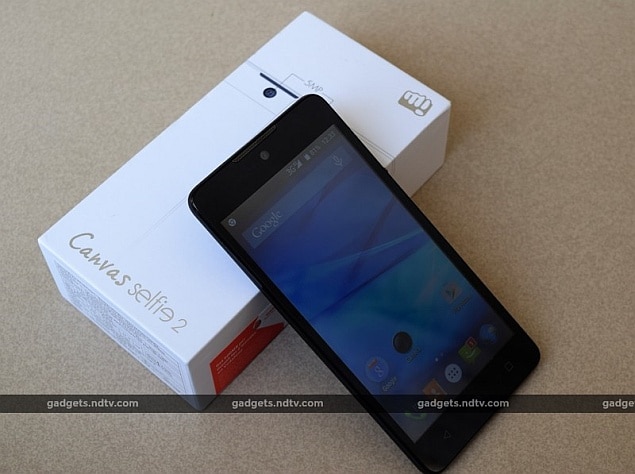 Canvas Selfie 2 has good build quality. It supports 3G on both SIMs. The handset runs on Android Lollipop and plays full-HD video easily. And its price is not too much. However, the resolution of the display is low. Users cannot remove some third-party apps. Battery life is also average and the performance of the selfie camera is not satisfactory.

If you can spend a little more money then we will give you Meizu m2 Would suggest to buy This is a much better handset. Apart from being a 5 megapixel front camera, it also supports 4G LTE. And it has many features that are not present in Micromax handsets.