Rate this post
In the budget and mid-range smartphone segment, the competition is getting tougher every day and customers are constantly getting many options one after the other. Now the smartphone user does not have to think to spend more to get all the best and latest features because LE 1S (Review) And Xiaomi Redmi Note 3 (Review) Like smartphones provide all the top specifications in a low price.

In addition to Xiaomi and LEO, talk to Lenovo, today we will 4 notes of vibe Is going to review After the success of K3 Note, this phone of Lenovo is also attracting customers. Initially Lenovo had sold this smartphone in flash cell but now this smartphone Can be purchased without flash cell is. Does the Lenovo Vibe K4 Note have all the features that make it a place in the top budget smartphones of 2016? What our review says, know

The camera, fingerprint sensor and flash are given on the back panel and Lenovo and Dolby Atmos logos are given. Our matte finish black color review unit was good to watch. Apart from this, it is also available in white color variants. The back panel can be easily removed to replace the SIM card and microSD card. The good thing is that the phone has a separate microSD card slot to increase storage with two SIM slots. 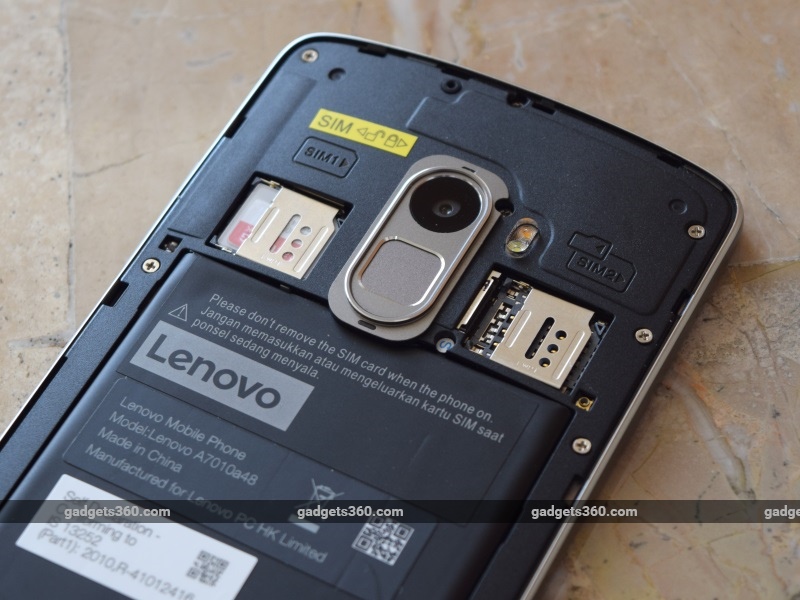 The phone comes with a plastic protective case, screen protector film and a 10 watt charger. This charger charges the 3300 mAh battery given in the phone very fast. Although the protective case makes the phone a bit heavy, but it is a good way to avoid scratches and edges from getting damaged.

The Lenovo Vibe K4 Note features a 5.5-inch full-HD IPS LCD panel. The phone is sometimes a little too hot. The screen of the smartphone is bright, sharp and detailed. According to the price of the phone, its screen is good.

Specification and software
Lenovo Vibe 4 handset uses 64-bit octa-core MediaTek MT6753 chipset. It is similar to Qualcomm's Snapdragon 615 processor but within three months it is starting to look old. The LE1S has a more powerful MediaTek Helio X10 processor while the Redmi Note 3 also runs on a more powerful Snapdragon 650 processor. But if you want better performance, then both of these are better smartphones than Vibe K4 Note. 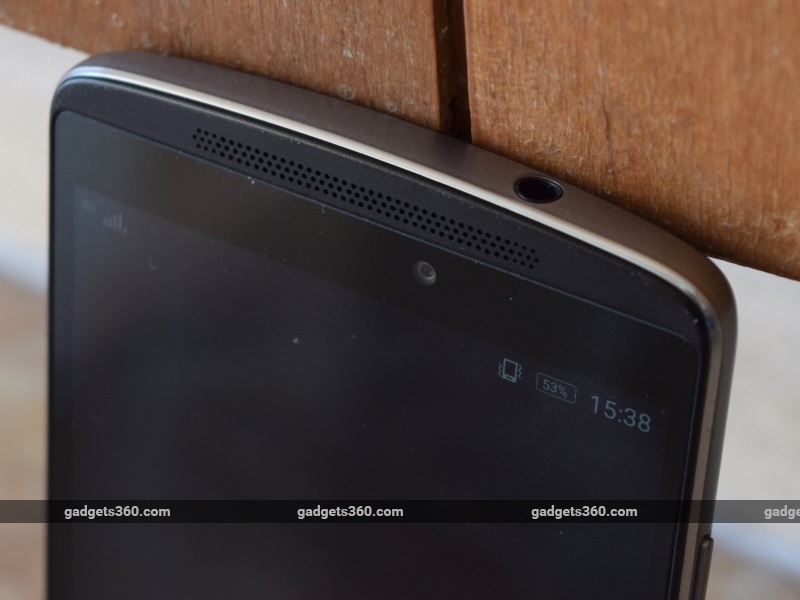 3 GB of RAM works to make multitasking easier in the phone. The inbuilt storage of the phone is 16 GB, which can be increased to 128 GB with the help of microSD card. The phone has Wi-Fi B / G / N / AC and 4G connectivity on both SIMs. However, you can use 4G on only one SIM and 3G on another SIM at a time. The Lenovo Vibe K4 Note has 16 GB of storage as compared to the 32 GB storage provided in LE 1S and Redmi Note 3. But where the stores are not expandable in LE1S, then in Redmi Note 3, it can be increased to only 32 GB.

Lenovo Vibe K4 Note comes with ANT VR headset which can be purchased at an additional price of Rs 1,299. The phone prepares the flat content for any VR use. For VR use, you can switch the phone to VR mode through the power menu and use the headset in the slot. The Lenovo Vibe K4 Note is highly affordable among all the devices that come with the VR feature, making it the most unique and special as well. 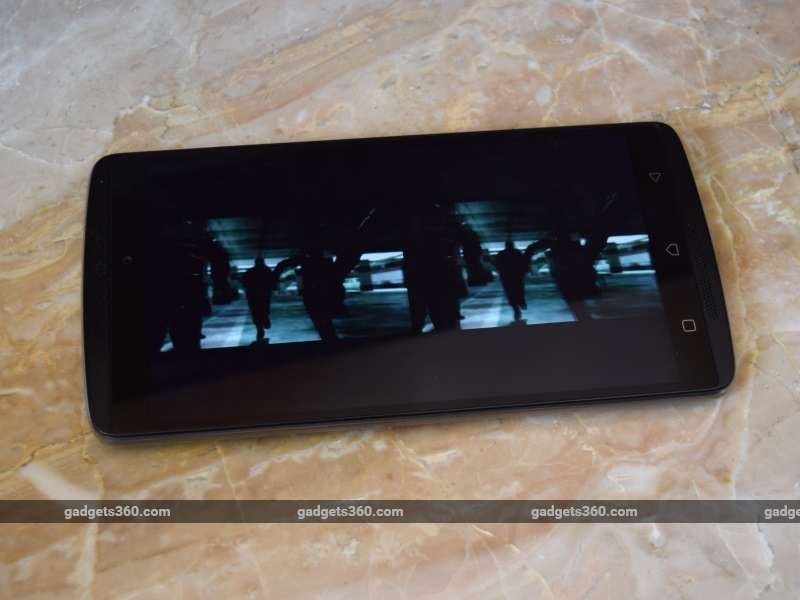 Lenovo Vibe K4 Note will run on Android 5.1 Lollipop operating system, above which the company Vibe UI skin has been used. The most useful change in the phone is its dual layered mode. You can also choose single layer mode as per your convenience.

There is a 5.5-inch full-HD (1080×1920 pixels) IPS display and Gorilla Glass 3 protection is also present above it. The pixel density of the screen is 401 PPI and the user will also get color balance control. 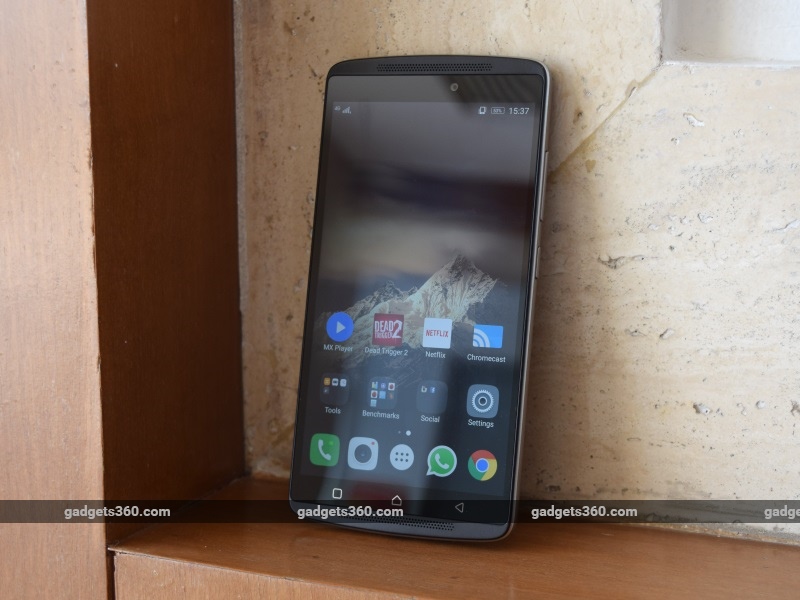 The biggest improvement in the phone has been in the customized option of its user interface. From the phone's home screen and interface to the Quick Settings menu, you can now easily customize and you can set your phone as you want. The notification log feature in Vibe X3 is also given in Vibe K4 Note, so that you can see the notifications that you have removed later. Many other apps like Amazon, WeChat come pre-installed in the phone, but if you want to empty your phone by uninstalling them, then you are free for that.

The camera
The Lenovo Vibe K4 Note has a 13-megapixel rear camera with dual-tone LED flash while a 5-megapixel front camera. Both can record video at 1080p from the camera. The camera has all the basic features like panorama, filters, self timer, HDR and multi-shot.

The camera app is simple. The process of video recording has to be followed in two steps and in the mode menu, you can choose panorama mode or filter only. You can control the settings manually by going to the Settings menu. Things like photo resolution and ratio, video resolution and other things like touch shutter, smile detection and self timer are given in the settings. Photos taken with the phone's primary camera are sharper and detail in focus, but the bright part of the picture is blurred. Looks In close-up, indoor shots and low light, we did not have any problem in taking pictures and the quality of the photos was very good. (Tap to see full picture) However, blurring is a major problem when the picture has a bright color. But the pictures of Vibe K4 Note are not very bad, but the quality of the pictures coming from this smartphone can be said to be better than the phone coming in this price. But if camera quality is big and important for you, then Asus Zenfone Max is a much better option for you.

Performance
The Lenovo Vibe 4 handset uses Mali T720 MP3 GPU with 64-bit octa-core MediaTek MT6753 chipset. The phone has 3 GB RAM. With this software, the handset runs smoothly without any problems and you rarely see any problem in the performance of the phone. There is no problem even while playing games in the phone, although the phone is slightly hot while playing Dead Trigger 2 and during this time the battery also runs out quickly.

Lenovo Vibe K4 Note gives excellent performance and outperforms competitors like LE 1S and Xiaomi Redmi Note 3. During the video loop test, the 3300 mAh battery given in the phone lasted for 8 hours 54 minutes. At the same time, the battery ran more than expected for normal usage throughout the day. The screen of the phone consumes more battery, so the less screen you use, the more your battery will run.

With the help of dual stereo speakers at the front, the phone provides great sound. The audio of the phone is sharp, clear and sharp, plus the sound is good with headphones. The Vibe K4 Note has Dolby Atmos support. 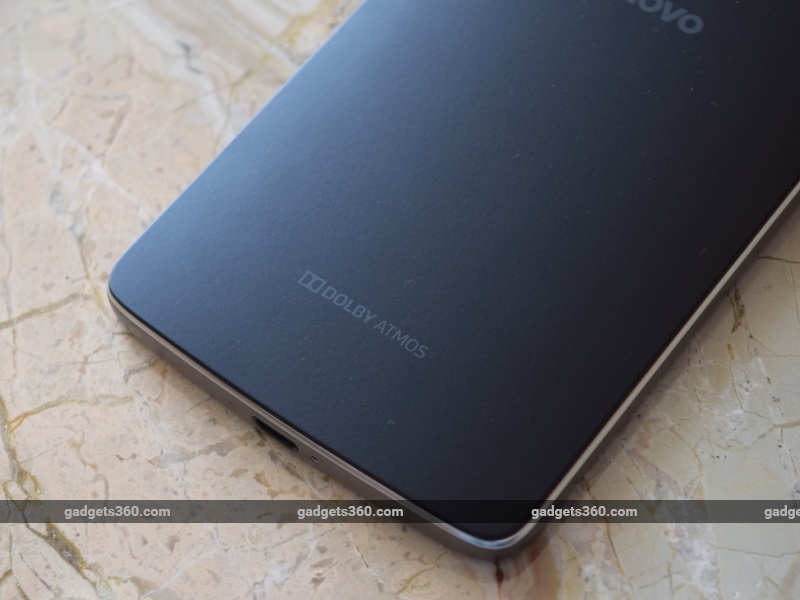 Our decision
The result of the Lenovo Vibe 4 Note was mixed for us. In some places, it did a great job (eg screen, fingerprint sensor, sonic capability and great software.) VR can also be better used in phones. Apart from this, it is worth noting that with two SIMs you can extend expandable storage up to 128 GB from microSD card. 3 GB RAM also has a big hand in running the phone without any hassle.

But there are also some shortcomings in the Lenovo Vibe 4 Note, when it comes to the construction material, internal stores, performance and camera quality, the Lenovo Vibe 4 is slightly behind its counterparts.

But the Lenovo Vibe K4 Note launched in early 2016 is a great smartphone that has been given a tough competition by Xiaomi and LEECO. The competition is very strong and we have to say that the Xiaomi Redmi Note 3 is a better phone than the Lenovo Vibe 4 Note in every way. However, if VR and software, brand value matters to you, then you can definitely buy Lenovo Vibe 4 randomly.