Rate this post
Few days ago we Intex aqua trend To smartphone Review did. Now it is the turn of a new handset from the same company. Intex is known for offering budget range smartphones, but this time the company has launched the premium range smartphone market. The Intex Aqua Ace is priced at Rs 12,999 and will compete against many of the best performing devices in the market. We hope Intex will shock us and prove that he is ready to do something different as well. 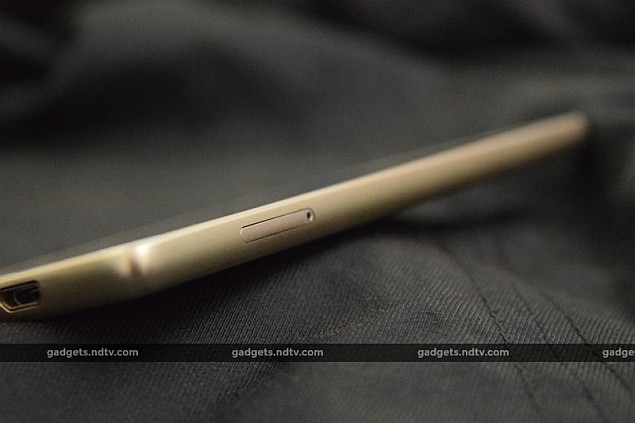 Look and design
Intex aqua ace The design matches the Sony product to a great extent, a bit too much of Apple's look. Metallic rim has been used on the edge of the phone. On taking the handset for the first time it was realized that it is light. Its entire body is plastic. However, this handset does not feel complete anywhere.

The white and gold variants found for the review are decent in appearance, but not at all attention-grabbing.

The micro-USB port is placed at the top. It has a 3.5 mm audio socket next to it. It seems that there are two speaker grills at the bottom of the handset, though only one of them is the speaker. The second design element is. The power and volume buttons are on the right, although they are slightly below our liking. MicroSD card tray has also been given place on this side. At the same time, there is another tray on the left side which is for two micro-SIM cards.

The front and back panels are made with the help of Gorilla Glass 3. We were disappointed with the metallic rim on the side of the handset, because after a few days of scratch, scratch marks were visible on it within a day or two.

We would suggest that you use the flip cover that comes with this handset, I wish it was a bit more beautiful.

Specification
Intex has used the latest 1.3 GHz quad-core MediaTek MT6735 processor. The company loudly promoted that the handset is equipped with 3 GB of RAM, which is revolutionary for this price range. Inbuilt storage is 16 GB of which 10 GB is available for the user. The good thing is that it has support for microSD card up to 128 GB. It comes with USB-OTG feature.

Intex has used a 720×1280 pixels AMOLED panel for some reason, which would not be considered great for a 5-inch screen in this price range. The screen is slightly dull and it becomes very difficult to read anything on it in sunlight. You will immediately realize that its screen is weaker than expected.

Support exists for LTE (band 40). Other common connectivity features are also present in the handset. The rear camera has a 13 megapixel sensor and the front camera is 5 megapixels. The battery is 2300 mAh.

The Aqua Ace smartphone comes with Android 5.1 and the company has not customized it much. The default icon is too bad to see. We had trouble using the custom keyboard given in it. We disabled it immediately.

Performance
We have already said that we did not like the screen of Intex Aqua Ace. It is suitable for most work, but we have seen much better screens at this price. We had trouble with the phone heating up. This was happening even when no more difficult work was being done on the device. Many times it became difficult to keep the handset in the hands. A strange thing happened that this phone had trouble finding 4G network in many areas while other phones were doing so easily.

We found that there were occasional problems in playing 720 pixel video files. The 1080 pixel video file went away with many shortcomings. The performance of the inbuilt speaker was very poor, the sound was not clear even at low volume level. The headphones that come with the handset are good for voice calls but are not suitable for music at all. Benchmark test results were good.

The camera disappointed the most. Pictures taken in broad daylight showed a lack of focus glitch on most occasions. The details disappeared completely and every picture had a strange texture. Closeup shots also point to poor camera performance. The pictures taken inside the house were worse.

On the other hand, the performance of the battery surprised us the most. In the video loop test, the battery lasted 10 hours and 14 minutes. We were expecting a poor result given the battery capacity.

Our decision
Intex has loudly promoted that this handset has 3 GB of RAM, which is a revolutionary change for this price handset. To be honest, it does not matter. We would love to have a better display and build quality in the handset. We were skeptical about the battery life of the phone, but the performance surprised us.

Considering everything, we believe that Intex has so far failed to find the right formula. At this price or even lower, there are better phones available in the market. With big display 3 notes of lenvo (Review), Xiaomi Mi 4i (Review) And Motorola Moto G (Gen 3) (Review) Include.