Rate this post
In June this year, Lenovo launched its flagship smartphone for 2016 Moto z Launched. This phone is a new smartphone with Moto Mods Comes with design. These accessories, which can be attached separately, can make the smartphone more functional. Certainly this concept given in the smartphone is the best improvement ever.

Now the company is taking another step forward and Moto Z Play more affordable variant of Moto Z Has introduced. This phone too has the same modular design as the Z but its specifications are like a mid-range smartphone. Moto z Play was introduced at IFA 2016 and we got a chance to spend some time with it.

Modular design
The biggest feature of Moto Z Play is its coming with Moto Mod. The Moto Mod is an optional accessory that can be added to the smartphone to make it more functional. The new Moto Z Play also supports Moto Mod. The Moto Mods offered by the company work on both these devices. Lenovo has promised that these Moto Mods will work with the upcoming three generations of Moto Z.

As of now, four Moto Mods are available to buy in the market. These include the Hassleblade True Zoom Mod launched with Moto Z Play. Attaching the Moto Mod to the Moto Z Play is extremely easy and we also liked the fact. You do not need to open the phone or change anything. Just touch the mod on the rear of the phone and it will attach by sticking it like a magnet. 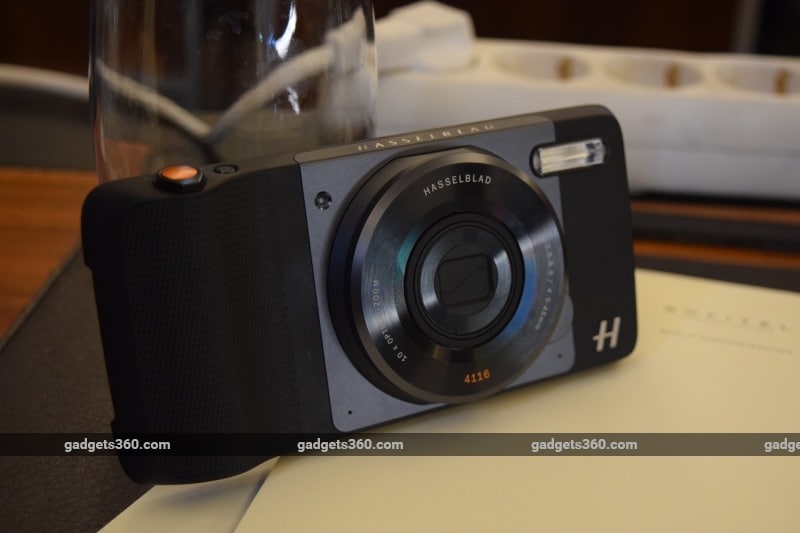 It is equally easy to separate the mod from the phone. For this you just have to pull the accessory. Mod connectivity is also very good. We attached JBL Soundboost when the music was already playing on the phone and Z Play quickly detected it and within minutes the phone switched on without us doing anything. The same thing applies to other mods and they can be added and separated from the rear likewise.

Qualcomm Snapdragon 625 processor
Moto Z and Moto Z Force are available in the US, where Qualcomm has the latest Snapdragon 820 processor. At the same time, Snapdragon 625 processor has been given in Moto Z Play. The same processor is also in Asus Zenfone 3 series phones. Moto Z Play has 3 GB RAM, 32 GB internal storage (with microSD card support) and Android 6.0.1 Marshmallow. However, we cannot say whether this phone will give performance like Moto Z or not, but it is definitely highly affordable.

This phone has a lower resolution screen than Moto Z. The phone has a 5.5 inch full HD Super AMOLED screen. Where pixels do not look different on this density, but there is a noticeable difference in the screen of both phones. However, if we put the comparison aside, the Moto Z Play has a good screen.

This device has a 3510 mAh battery which is slightly larger than the Moto Z. Motorola claims that the phone can be used to mix for 45 hours, but we will reserve our decision on this till the entire review process. The phone comes with a turbo charger, which the company claims that the battery can be charged for up to 8 hours of use in 15 minutes.

The Moto Z Play supports the Nano SIM card and Motorola has not yet revealed the introduction of its dual SIM variants in India. We hope that the Dual SIM variant Moto Z Play will be launched in India. The phone has a fingerprint sensor, a USB Type-C port, 3.5mm audio jack and a liquid-repellent nano-coating. However, the specification of this phone for the Indian market has not been revealed yet. But this phone can be launched for less than Rs 30,000. Lenovo can launch Moto Z Play and Moto Mod and Style Shell with Moto Z in India.